Justin is no Pierre

If you are man today and over the age of forty, you were definitely raised in the generation where you heard the line at some point in your life,

When I arrived with my siblings to Canada, July of 1976 Pierre Trudeau was the Prime Minister.  He had essentially opened the gates and ports of Canada and asked the people of all nations to come live in Canada.  There was no war or great global financial crisis or even climate change as we know of it today.  He simply understood that Immigration was critical to the future of Canada.  Immigrants contribute to the future of today’s workforce.  Canada’s population in 1976 was 23.7 million people.  In 1968, when Pierre Trudeau became Prime Minister the population was 20.3 million.  In less then 10 years he had made Canada a viable immigration option for the world.  In 1980, after pushing an immigration policy for over a decade, the population was 24.5 million.  Canada was in need of a lot of people to work.  Pierre Trudeau had major plans for the country to expand and build infrastructure.

Pierre Trudeau was an intellectual.  He studied in Montreal and became a lawyer.  He was the Justice Minister for the Pearson Liberals.   Here is a list of things Pierre Trudeau introduced to Canada and did for Canada.

He spent countless hours making speeches and introducing legislation to be passed in the House of Commons to make Canada a French and English-speaking country.  This was mostly to thwart Quebec from leaving Canada which he stopped from happening.

In Quebec there was a political group known as the FLQ (Front de libération du Quebec) which incited violence and murder of citizens.  In what is known as the October Crisis, members of the FLQ kidnapped 2 political figures and murdered one of them.  Ultimately, the members where exiled to Cuba, but in 1970 on October 16, Trudeau invoked the War Measures Act, which suspended basic civil rights and liberties. It allowed police searches and arrests without warrants, and prolonged detentions without charges and without the right to see a lawyer. It was the first time in Canadian history the Act was used during peacetime.

One of my favourite moments of watching the news when I was young was the moment when I sat by my fathers’ feet watching the news and heard that Pierre Trudeau in a rail car in BC gave protesters the middle finger.  He never cared about people’s feelings and certainly not the people who disagreed with him.

Pierre Trudeau had to unite the country and since the inception of the country there were over 20 Acts to form the Canadian Constitution.  One key element was missing, which was crucial especially if new Canadians were entering the country.  A Charter of Rights.   Pierre Trudeau invited the Queen in 1982 to come to Canada and ratify the constitution. 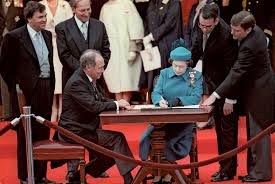 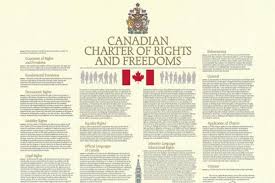 This changed Canada from a simple colony, to a global advocate of Human Rights.  Later Canada would also introduce a motion in the United Nation for Human Rights around the world.  Huge game changer.

Like the original Fathers of Canada, Pierre loved the country and knew if it was to survive, it had to be united.  The Railway system was established when Canada wasn’t even a country yet, and now Pierre Trudeau set his sights on making Canada a tourism destination. How do you do that for the whole country when you are the 2nd largest country in the world?  Make a national train system which anyone and everyone can ride of course.  Don’t want to take the train?  Well, fill up your tank with the gas from the proud symbol of Canada 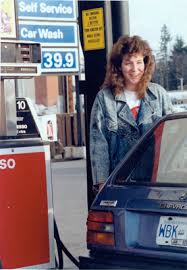 Did you notice that?  39.9 cents Canadian for a litre?? I know the first picture is the station Esso, but you get my point.

Arguably Pierre Trudeau is one of Canada’s greatest Prime Minister’s in my opinion.  I constantly think, if he was faced with the global refugee crisis today, maybe he would have let in way more then a 60 or 70 thousand.  He believed in Human Rights, he wanted people’s lives to be safe and secure.  His policies prove that.

But then he had a son.

Let’s look at what Justin has accomplished so far.  Oh, I know, he’s only been Prime Minister for almost 4 years, but we can also gage his current policies.

When the refugee crisis became unbearable for Europe and they picked up the phone and called Canada. Justin answered.  Unfortunately, he went from “send them to us,” to “hold on, we have to think about it.” He doesn’t seem to hold on to his decision and policy very well here.  His father offered Landed Immigrant status before arrival.  Justin offers social benefits.

No matter what you want to think of this situation, it sucks Justin had to deal with it. It happened on someone else’s watch.  A Canadian teenager was held with out due process outside of Canada and Canadians allowed it to happen.  I think Omar deserves to be in jail.  He murdered someone.  I’m not going to get into the morality and psychological ramifications of the situation here.  Justin should have had a backbone like his father, Omar Khadr should not have had a settlement. Justin showed no moral backbone in the case.  He asked us to stay angry.  Yes, I am, that you didn’t just say, Canada owes you an apology and that is about it.  Omar is a self-confessed war criminal.  There are numerous stories of war veterans who never did anything but serve and they are homeless and without dignity. But let’s pay 10.5 million dollars to someone who is about to go visit his sister who supports Al Qaeda. What do you think Pierre would have done?

He has delivered on his biggest campaign promise.  That’s is if you are of the age 15 to 30.  This is overdue and I can finally say, can we just decriminalize all drugs?!  Unlike his father who took leaps to move the country forward, Justin seems to make baby steps.  Don’t get me wrong, it’s great that pot is legal, I bought stock after all.  But look at the bigger picture, drug addiction is at an all time high (sorry, no pun intended).  Drastic times ask for drastic measures. Not sure who said that, but I feel like I’m borrowing it from someone.

Since I heard that Justin was running for Prime Minister, all I heard was,

That was mostly from men.  Women seem to finally look up and have a voice in a man.  This comes from having a mother like Margaret Trudeau.  She is an author and advocate of mental illness.  He has always been a strong voice in Justin’s life and when she was married to Pierre, they were the global political social-lites.  Margaret was magnetic, social and she knew how to throw a party.  Justin was very attached to his mother and that transformed into a man who did not feel threatened by women.  Justin understands the importance of women in society and how women are the new revolution to make a country advance to unimaginable levels.  Though I do question his choices for certain cabinet appointments, his commitment is unwavering.

Justin inherited a booming economy and he has squandered it. Raising taxes and completely destroying the oil industry has crippled Canada for decades. Oil is not only needed for cars.  Oil is in everything we use.  See that device you have in your hands or computer you’re using?  That uses oil to manufacture.  The reason why products are inexpensive is because of oil.  Life is affordable because of oil.  That is why war’s start. Because it provides that world with a way to live and function.  Do we need to make sure we use it responsibly? OF COURSE!! Imagine not having to pay for gas.  Imagine going to Petro Canada and proudly pumping gas whenever you wanted without worrying whether you can also afford groceries.  This is the average price per litre where I live 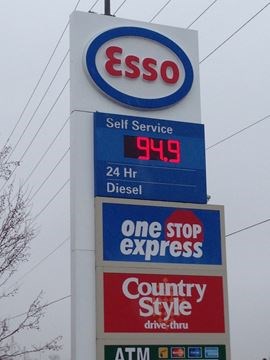 Imagine that was all 0’s. Imagine everything you buy being extremely cheaper.  Thanks Justin. 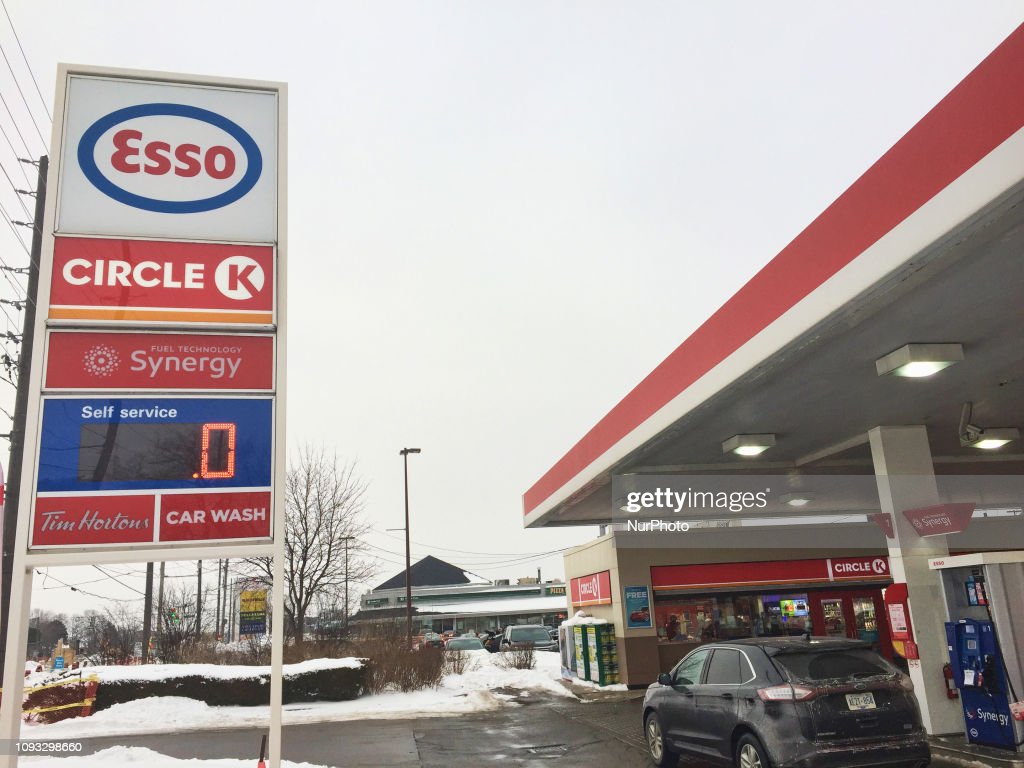 So, before you get on the Justin train to cute Ville.  At least admit, he rode his father’s coattails and used his name to get where he is, because if his name was Justin McCute Face, the only job he would have would be a male stripper.  His father would be proud.

About the Author: Ricardo

I began writing when I was about 12 years old. I have always been in love with creating stories and putting my imagination into words. A dream of mine was to one day have a place where I could share my writing with everyone. This website is here for all ages to enjoy and also (hopefully) participate in sharing the wonderful and adventurous thing we call our imagination.